This year’s Dragon & Eagle Dialogues was titled: Cities: On Living Together in Community. The Nanshan District English teachers (Chinese nationals) and students in grades 1-12 prepared for the dialouges using the Great Books Foundation’s Shared InquiryTM method. The readings are from literature in humanities, natural sciences, social sciences, and integrated studies. This year’s discussions included Chinese students and teachers, leaders from international schools, and foreign teachers. The event also included TED Talks for the upper grades. All discussions were led by teachers who have been trained in the Shared Inquiry method of teaching and learning by the Great Books Foundation.

Students in grades seven through twelve from around the Nanshan District submitted their written work after attending the event to the 9th Annual Dragon & Eagle Dialogues English Writing Contest. This year’s writing theme on cities included broad perspectives on futuristic and current social topics. Forty-two works of writing, including a range of essays on the suggested theme, “Dream City of the Future”, were received by the education bureau, along with poetry and creative writing in English prose. Eleven submissions were selected for First, Second, Third Prize as judged by Nanshan Bureau advisors and Chinese English teachers using the Great Books Foundation rubric for middle school writing. Two submissions were selected as People’s Choice award with the highest number of online votes.

The Dragon & Eagle Dialogues began in 2010 when Elisabeth Montgomery, senior adviser on internationalization for the Shenzhen Nanshan District Education Bureau, worked with the Shenzhen Yucai Education Group to design English summer programs for Chinese students and teachers. Americans trained in the Shared Inquiry method and Chinese English teachers worked together to develop the summer camp and to plan the first Dragon & Eagle Dialogues.

“We’ve come so far since the first dialogue,” Montgomery said. “Topics for the event have included everything from gender economics to Chinese folktales. It is absolutely amazing the amount of work our teachers and students have done to make the Dragon & Eagle Dialogues possible using Shared Inquiry. It was always our main aim that in addition to engaging and stimulating students, our Nanshan District English teachers would have the opportunity to collaborate with international and foreign teachers and to share what they had taken from readings.”

Over the years, the event has included a wide range of topics and several sponsors:

Topic: 我们是否阴阳合二为一？性别经济、性别平等和性别伦理 Are We Together as One? Gender Economics, Equality, and Ethics
Sponsor: Shenzhen Yucai High School International Department 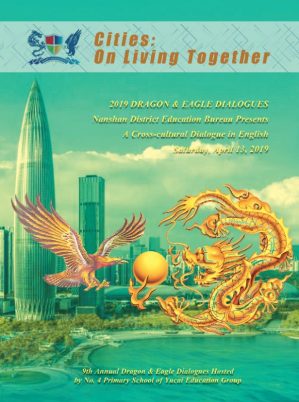 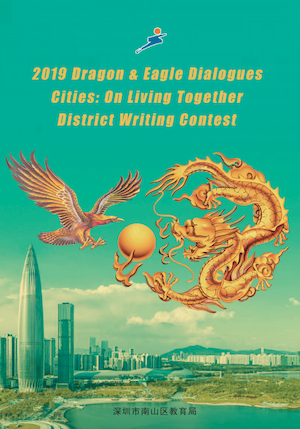 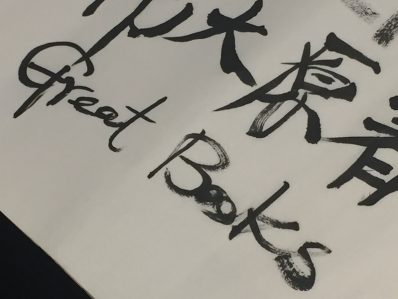 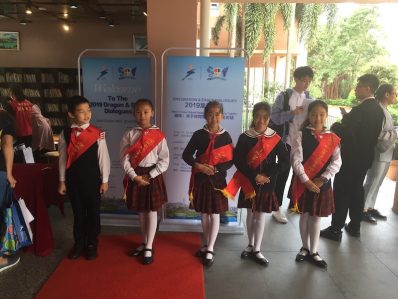 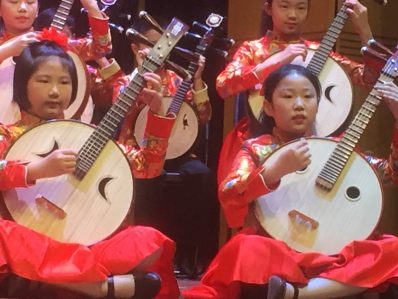 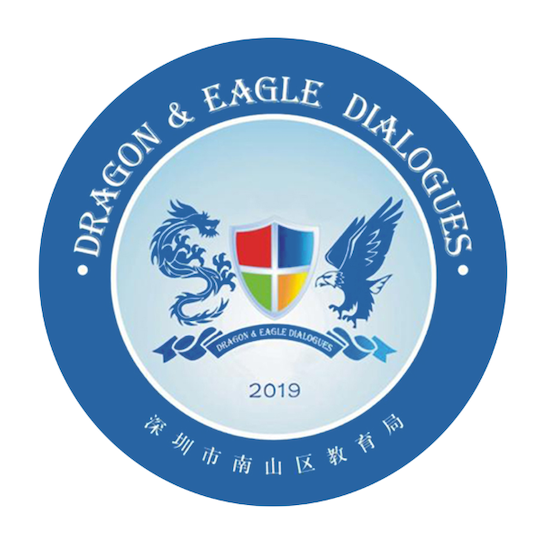