Earlier this month, I was honored to represent the Great Books Foundation as a training instructor working in partnership with the Minnesota Humanities Center’s “Echoes of War” project. Twelve Minnesota leaders were selected for the project, funded by the National Endowment for the Humanities, to lead community discussions with members of the general public to consider how Americans memorialize war and military service in public, and how that relates to the way war gets remembered through the personal stories and life experiences of veterans.

The project is using several selections from the Foundation’s anthology, Standing Down: From Warrior to Civilian as anchor texts for the discussions and I trained the discussion leaders in our Shared Inquiry™ discussion method as part of a five-day immersive training that was co-led by Dr. Susannah Ottaway, “Echoes of War” co-project director and professor of history at Carleton College, and Trista Matascastillo, the Humanities Center’s Veterans’ Voices Program Officer and herself a veteran. “We are honored to have such a dynamic group of veterans, civilians, and current military members included as part of our discussion series, Echoes of War,” said Trista Matascastillo. “The collective knowledge of each of these discussion leaders will add to the richness of the content and be able to draw personal connections to war literature and experience connected to memorials as we engage communities during Veterans’ Voices Month in October.”

In addition to the Foundation led portion of the training, the 12 discussion leaders engaged with the extensive campus of war memorials at the Minnesota State Capitol mall. Discussion leaders will lead a series of four public conversations about history, collective memory and war memorials, and explore how these themes relate to veterans’ experiences of war. These Echoes of War public discussions will be held simultaneously in St. Paul at the Humanities Center and in Northfield at Carleton College on Tuesday evenings this fall—October 11, 18, 25, and November 1—to coincide with Veterans’ Voices Month in October.

I found the opportunity to work with this formidable group of community leaders to be deeply moving, inspiring, and educational. I will cherish the experience as an important part of my own lifelong learning process and am grateful to have been able to be a part of such a vital effort. 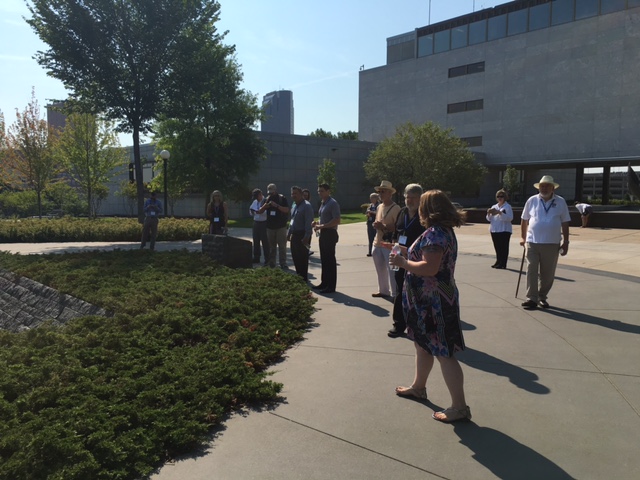 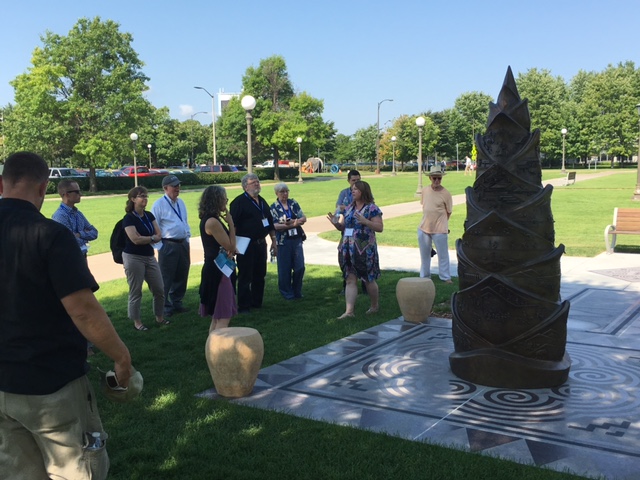 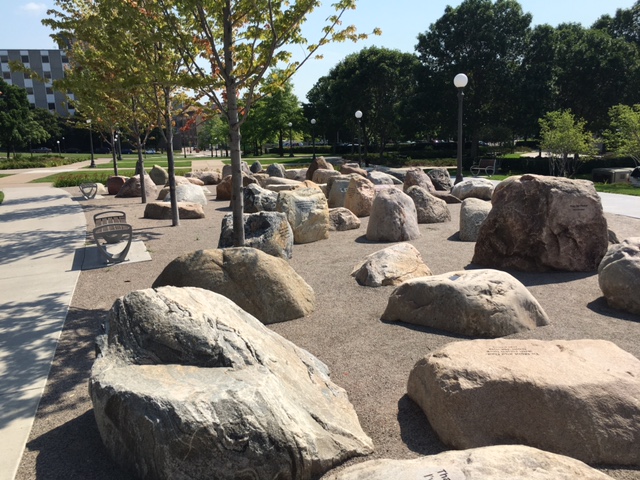 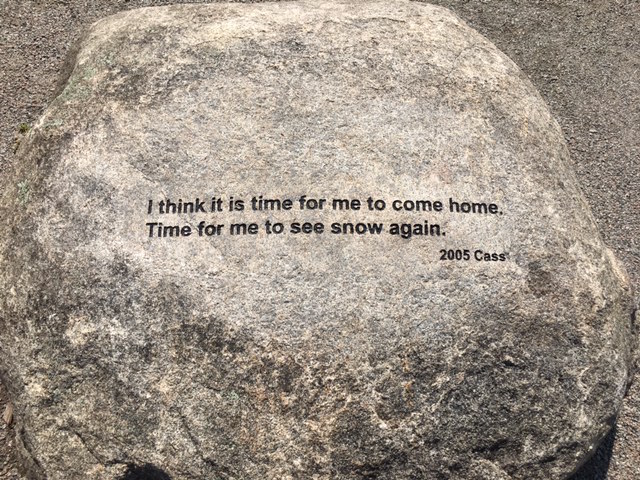 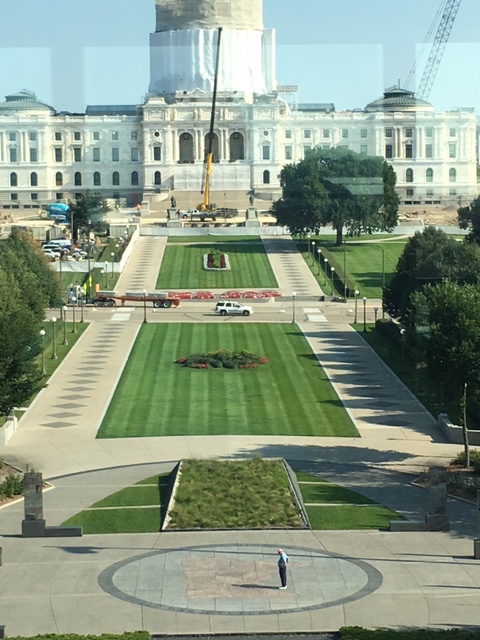