On the day we visited Brienne Cundiff’s first-grade classroom at Winfield Elementary School in Crown Point, Indiana, her students were working with the Junior Great Books® story “Those Shoes” by Maribeth Boelts. They were deeply engaged in this tale of a boy named Jeremy who must decide whether to give a pair of shoes he loves—but that don’t fit him well—to his friend Antonio. A discussion group of 12 students sat in a circle on the floor, while their classmates did independent work at their desks. When Cundiff asked the group, “Why does Jeremy finally give Antonio the shoes?,” several students were eager to offer their ideas.

One student began, “It said in the text that Antonio had tape on his shoes. So Jeremy probably knew he needed a new pair.” Right away, other students were ready to agree, disagree, and go back to the story to support their answers. How did Cundiff get this group of six- and seven-year-olds so comfortable with the process of finding and explaining text evidence? “Clear expectations and modeling,” she says.

Before each discussion, Cundiff’s class reviews a list of expectations that includes supporting ideas with evidence. “I find that modeling how to respond to a shared idea by finding textual evidence has been highly effective,” Cundiff says. Going back to a specific part of the story during discussion helps all students think further about an idea and promotes collaboration. 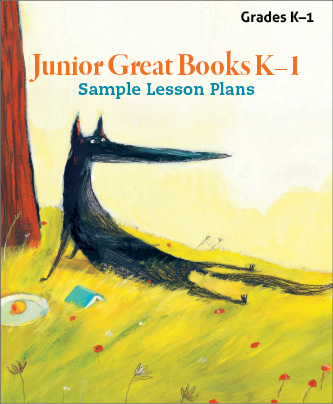 Download the Junior Great Books K–1 Sample Lesson Plans and discuss “Those Shoes” with your students!

Because students can sometimes think that giving evidence means simply citing a quotation or event in the text, discussion is an ideal way to emphasize the importance of explaining how evidence supports an idea. As students hear divergent answers and consider which are most convincing, having them explain their answers helps them develop vital critical thinking skills. According to Cundiff, students learn over time that “the purpose of discussion is not to be right but rather to learn how to support their position with textual evidence.” This grounding develops students’ curiosity and helps them develop the stamina to explore challenging texts and ideas in depth. 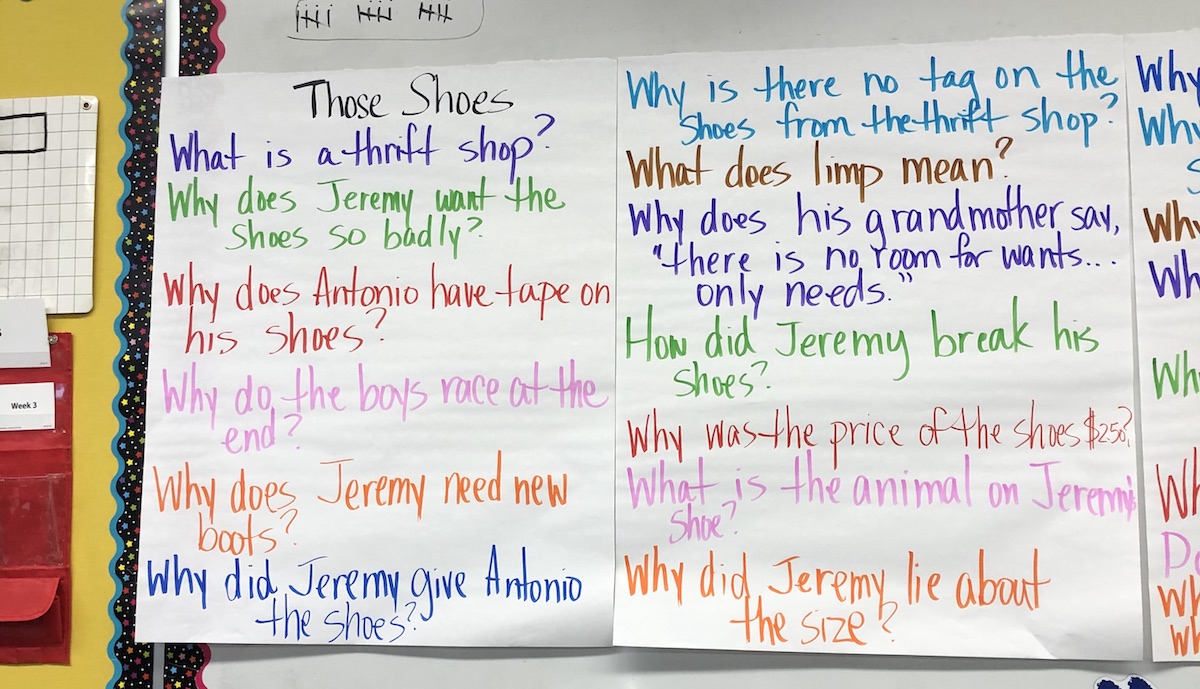 Would you like to employ these proven strategies in your classroom? Bring the best of inquiry-based learning to your school or district? Contact the K–12 partnership manager for your state or region and discuss the right mix of Shared Inquiry training and classroom materials for you! 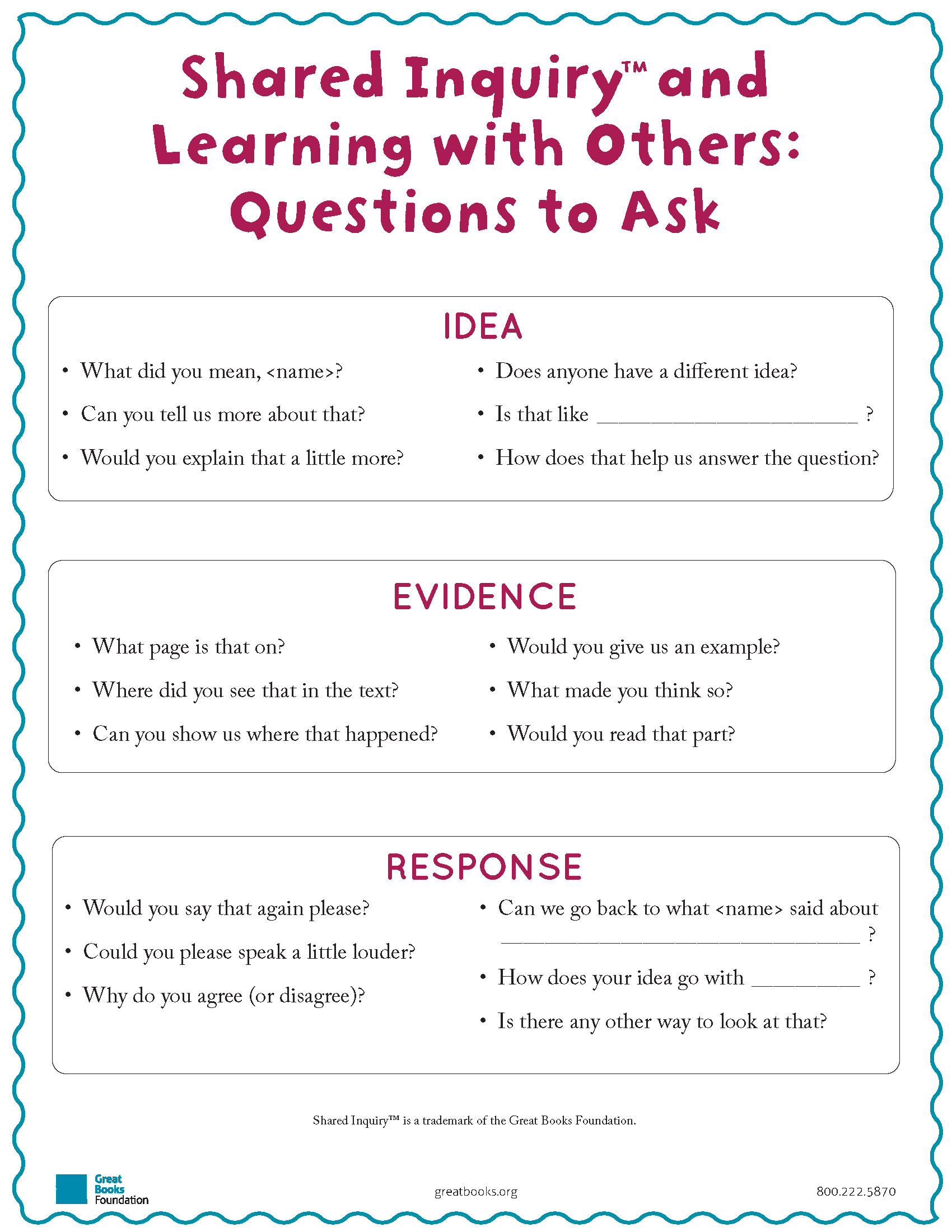 Use question and sentence stems for younger or older learners to get conversations started!