What is the Shared Inquiry™ method of learning? How does using it in Junior Great Books® programs help students read for deeper comprehension, ask incisive questions, and become more engaged with fiction and nonfiction texts? How does practicing the Shared Inquiry method build teaching skills?

Join us to learn the answers to these and other important questions in our FREE webinar, An Overview of Shared Inquiry!

In this interactive one-hour webinar, you will:

This overview will provide details that demonstrate why students in schools that use our method and materials learn how to consider important ideas, find their voice, and develop a deep understanding of complex texts. 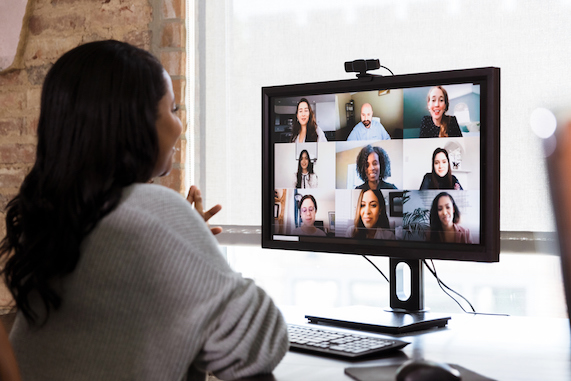 “​​The Shared Inquiry strategies and the way we interact with a text can be used with any genre. We use it with poetry, we use it with nonfiction, we use it in preparation for our state testing. What I love about Junior Great Books is it allows any text to become more accessible . . . in my class, or in science or social studies, or even in math.”

The Road Not Taken

Two roads diverged in a yellow wood,
And sorry I could not travel both
And be one traveler, long I stood
And looked down one as far as I could
To where it bent in the undergrowth;

Then took the other, as just as fair,
And having perhaps the better claim,
Because it was grassy and wanted wear;
Though as for that the passing there
Had worn them really about the same,

And both that morning equally lay
In leaves no step had trodden black.
Oh, I kept the first for another day!
Yet knowing how way leads on to way,
I doubted if I should ever come back.

I shall be telling this with a sigh
Somewhere ages and ages hence:
Two roads diverged in a wood, and I—
I took the one less traveled by,
And that has made all the difference.

At work with my father

If you have any questions about this webinar or about Junior Great Books classroom materials or professional development, please contact Jay Geverola at 312.646.7119 or geverola@greatbooks.org.