Please join us for a FREE Shared Inquiry discussion of “Nail Soup,” a Serbian folktale as told by Nada Ćurčija-Prodanović. In the story, reprinted below, a hungry soldier—with an old woman’s unwitting help—is able to make a hearty soup starting with “a pot, an iron nail, and some water.”

With the excellent facilitation of an experienced Great Books trainer, we will investigate questions like: 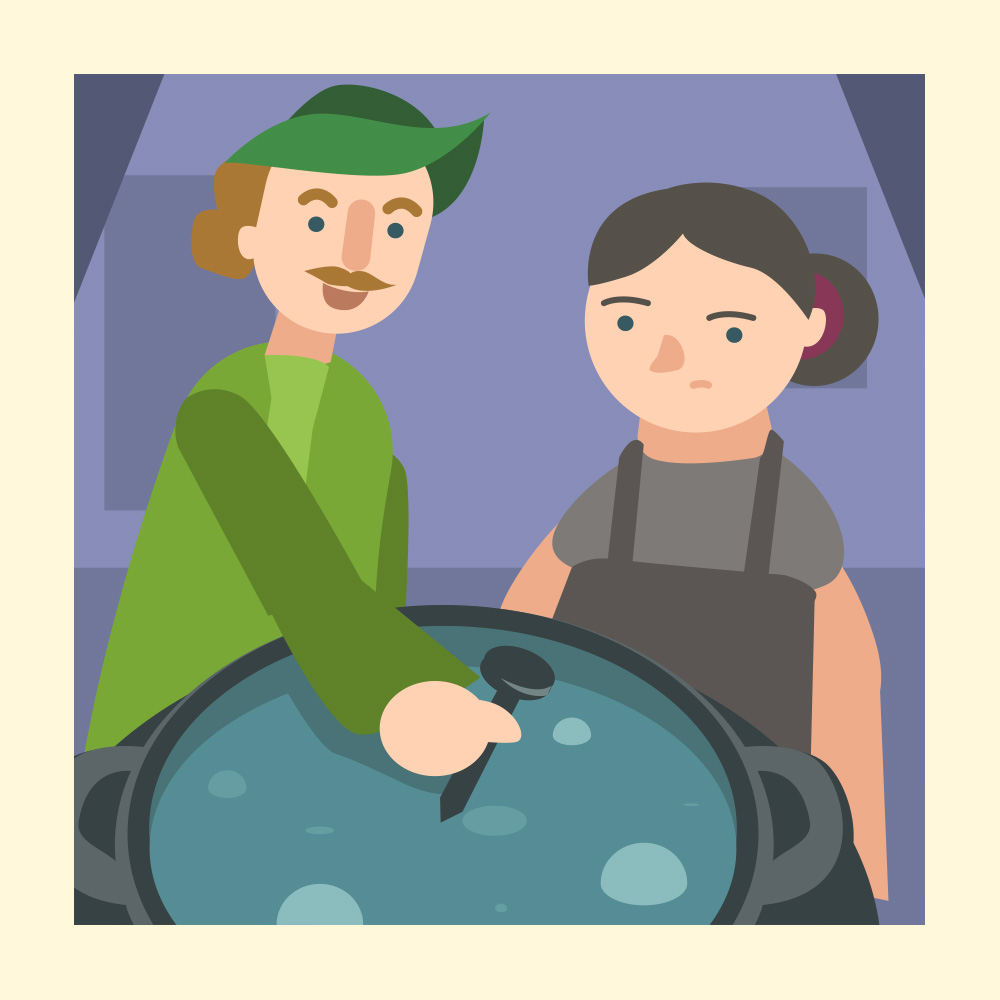 After participating in the discussion, you will readily see the benefits of this method for your students! Be sure to read the story at least two times before discussion.

You can download specially written lesson plans for “Nail Soup” to use with your students (the story is suggested for use with grades 2 and 3, but you can expand the range at your discretion). These lesson plans include: 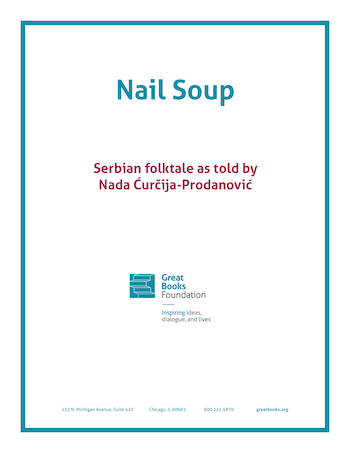 A soldier going home after serving in the army was caught by nightfall far from his village. A faint light flickered in a hut by the roadside, and the soldier went to the door and knocked. An old woman opened it for him and eyed him suspiciously.

“I’m a penniless soldier, granny. Would you give me something to eat and let me spend the night here?”

“I will, soldier, but I can’t give you food, for there is none in my humble hut,” said the mean old woman.

“Don’t worry, granny, for I hope you’ll let me cook my favorite nail soup for myself,” said the soldier, whose nose detected the savory smell of the food recently eaten by the old woman.

“Give me a pot, an iron nail, and some water, granny, please,” said the soldier, throwing some wood on the fire.

The old woman bustled about the kitchen, eager to see what this cheapest of all soups would be like. The soldier dropped the nail into the pot, poured some water over it, and put it on the fire. When the water was hot, he asked for some salt. The old woman handed it to him and looked in the pot as he dropped salt into it. As the water started boiling, the soldier asked for some flour, and the old woman gave it to him. He made a thick soup, then asked for an egg. The woman gave him that, too, eager to see the nail soup. The soldier broke the egg into the pot and mixed it with the flour and water. Now he needed some cooking fat, and got it. He kept stirring the hot, rich soup on the stove, the old woman never moving from him; and when he judged it ready to be eaten, he removed it from the fire, took the iron nail out of the fat, and ate his favorite nail soup under the angry eyes of the miserly old woman.