The collaboration between Cotsen’s The ART of TEACHING program and Great Books began last year when Siegel initially trained program teachers in Shared Inquiry. Sensing the teachers’ enthusiasm, both parties agreed to produce videos for their mutual digital libraries.

“Bill’s calming presence and deep knowledge of Junior Great Books allowed my teacher fellows and their students to simply be who they are: engaged and curious. The film crew seamlessly worked in and around the discussion to capture both teacher and student interactions as the conversation grew and took shape,” said Stephanie Given, second-year Cotsen mentor from Acacia. 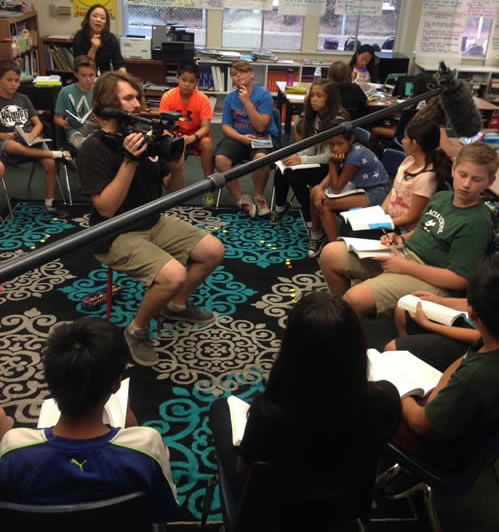